Fascion – 14 ways to look at a blackshirt 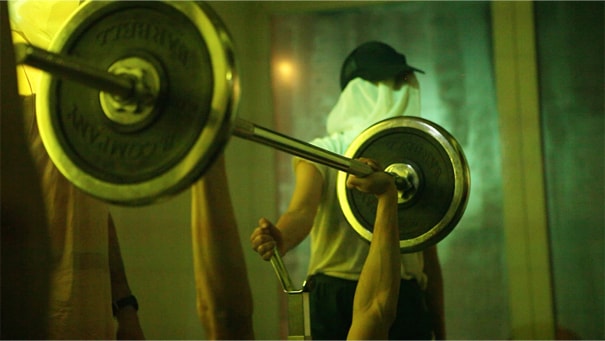 Fascion encircles one of the most striking current, political phenomena in Europe and the United States: the growing facistization of right-wing populist parties within the mainstream and the growth of neo-fascist movements among the youth.
The multi-facetted art-project Fascion works as a critical observation towards the aesthetic strategies of a radically changing political landscape and the reccurance of fascistic dynamics in the mainstream debate.
After a street poster campaign in Kreuzberg, a participatory protest-installation at the Kottbusser Tor and a choreographic situation at »Gallery Mario Kreuzberg« by the artists Simón Lobos Hinojosa (CL) and Felix Meyer-Christian (DE) with four performers and a musician in March, the premiere of the second part will now follow.

The Berlin and Hamburg based costa compagnie was founded by Felix Meyer-Christian in 2009 as an open collaboration of interdisciplinary working emerging artists. The latest works combine documentary, performative and choreographic methods with an essayistic, multi-perspective narrative and have been presented at the Impulse-Festival, the Körber Studio Junge Regie and in numerous independent production houses, theaters, Kunstvereinen and galleries in Germany, Israel, Austria and the US. The group focuses on global transformational processes and the human within. costa compagnie thus conducts interviews, writes texts and collects audio- and video-footage on-site, such as in Afghanistan, the USA, Russia, Israel, Fukushima/Japan and the Lebanon.

Performace in German and English

by and with costa compagnie & friends

a costa compagnie production in cooperation with Ballhaus Ost