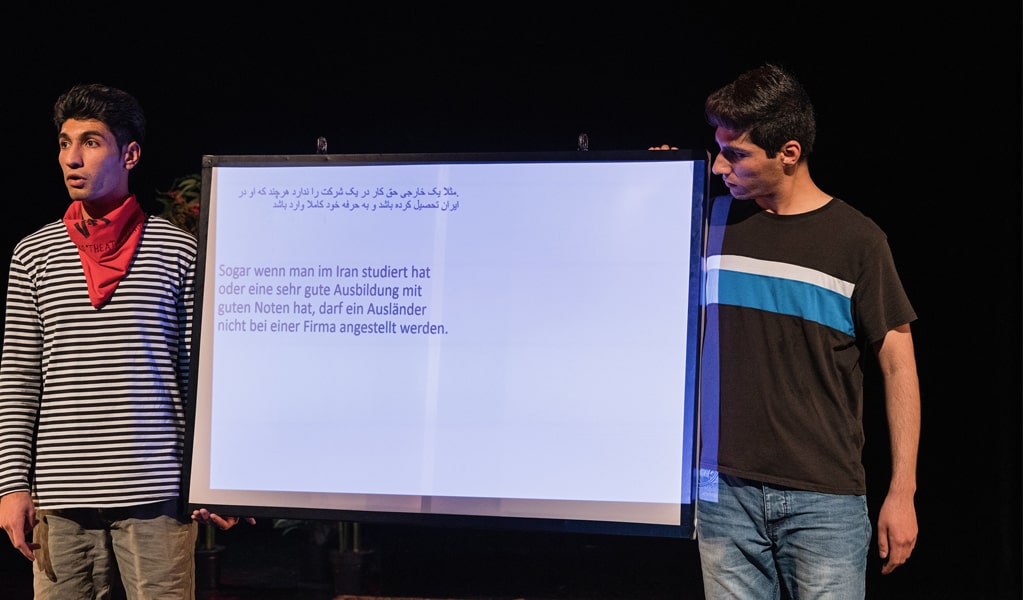 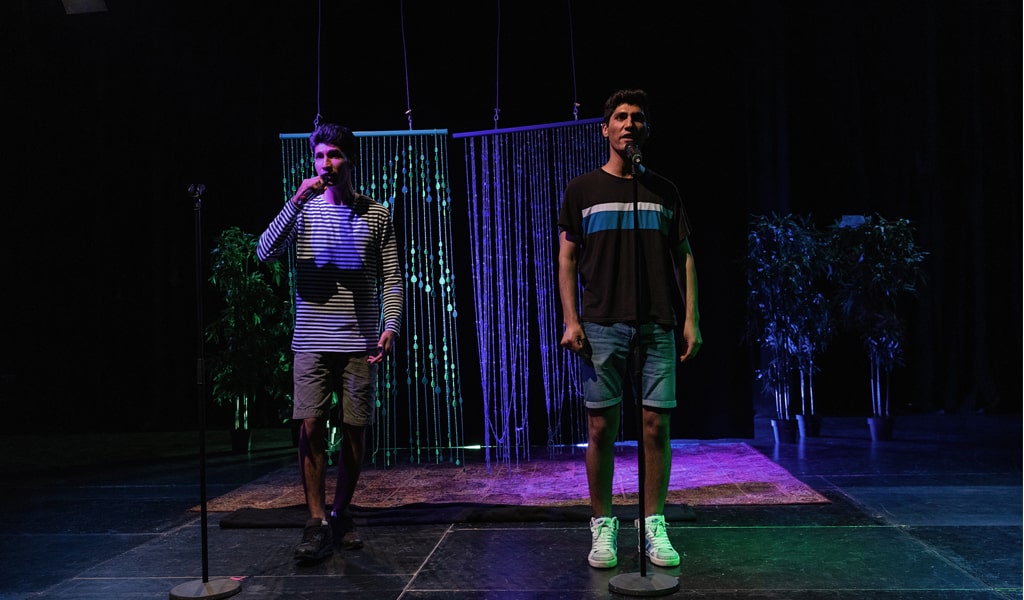 15 | 10 Euros
(In addition to the basic ticket price, the provider Reservix charges a 10% sales commission fee and a service fee of 1,95 Euros when purchasing tickets.)
Tickets

Nata and Sam were in the audience when Ant Hampton and Rita Pauls performed Mouth Piece in Stuttgart. During the conversation afterwards, they spontaneously responded to the artists’ invitation to create their own version of the piece. So Nata and Sam travelled through Germany for a week, with a rudimentary knowledge of German and audio recorders in their luggage and asked the people they met a question: »What do you think should be said? « They explained to them that they would record the answers so that they could later learn them by heart and thus become familiar with the language. With these texts they developed their performance Mouth Piece 2, with which they now travel to Berlin.

The two brothers Nata and Sam were born in Iran in 1994 as children of Afghan parents. They have been living in Germany for five years. They have been involved with music, poetry and history all their lives.