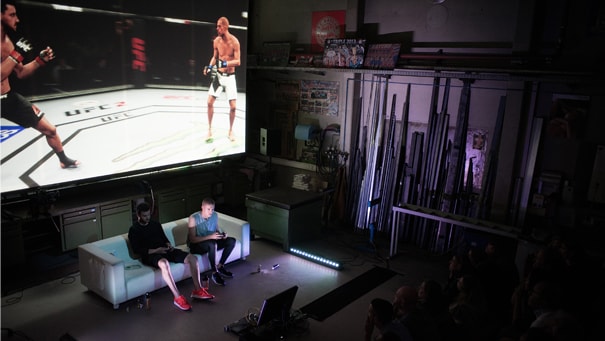 To be in shape is the norm. Bestselling fitness apps such as »Freeletics« and »Runtastic« promise muscle development including a comprehensive sense of pleasure. In the temples of self-improvement, fitness and self-care the social aspect is obvious: There is show, imitation, visual likes are awarded, there is dissing and contacting followed by posting, more comparing, followed by more likes and dissing – instagramization. It is no longer only females whose bodies have become objects of culture. Especially young heterosexual and homosexual men have discovered body-shaming. Thus the question is again raised, what is considered to be manly and what, on the other hand, is too skinny – boyish, weak, effeminate. Let’s work it out boys: Hypermasculinity