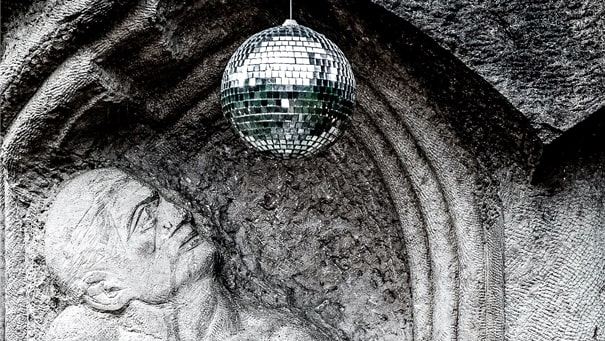 In Songs of Rebellion, composer Brigitta Muntendorf and stage director Michael Höppner, together with their »community of practice« formed from their respective ensembles, expose themselves to the individual and collective power of the protest song, staging its ambivalent relationship to forms of rebellion. The contradictory role of this songtype as a stimulant, as a cult, as a myth, as a gesture of resistance or as party music, oscillating between riot and conformity, makes it appear as immortal as it is vulnerable at the same time. Songs of Rebellion unfolds a space of interfaces between music, theatre and media, in which escapism and agitation, art and politics, music from the realms of pop and avant-garde, can be the fanfare as well as the lullaby of rebellion.

German-Austrian composer Brigitta Muntendorf studied composition in Bremen and Cologne. With her work as a composer, she pursues the vision of a music that not only refers to itself through transmediality and multi-layered contextualization, but also specifically seeks references to other forms of art and expression.
Opera Lab Berlin, founded in 2013 by the composer Evan Gardner and the director Michael Höppner in Berlin, sees itself as a laboratory for vocal and instrumental performances. In its works, the ensemble, consisting of a directing team, musicians and singers, seeks to confront their own reality of life.
The ten-member and seven-nation joining Ensemble Garage was founded in 2009 by Brigitta Muntendorf and the composer Rodrigo Lopez Blade foot. It focuses on works by young composers and collaborative rehearsal practices. The inclusion of transmedial works and music-theatrical elements are essential components of its work.

BAM! is the festival of the independent music theatre scene in Berlin. From September 26 to 29, 2019, BAM! is presenting thirteen productions of contemporary music theatre and four late night shows in more than thirty performances that combine a wide variety of artistic approaches, forms and project formats to create a panorama of contrasting views of contemporary music theatre. This year, the festival anchors itself in the Volksbühne, supplemented by Acker Stadt Palast, Ballhaus Ost and St. Elisabeth Church. Under the label »Berlin Meets Rotterdam« three important ensembles of the Dutch music theatre scene will join the Berlin actors as guests.
The complete program and detailed information about BAM! can be found at bam-berlin.org.