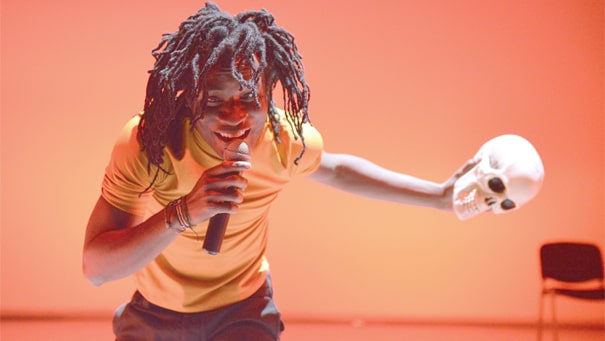 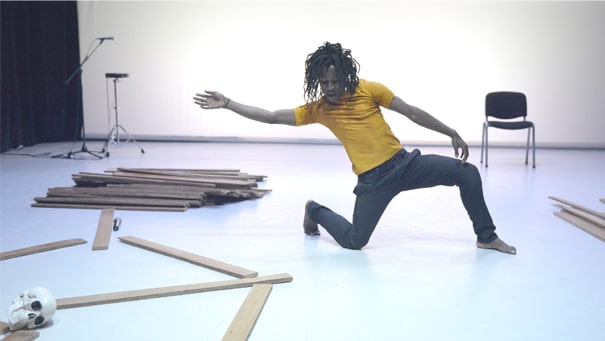 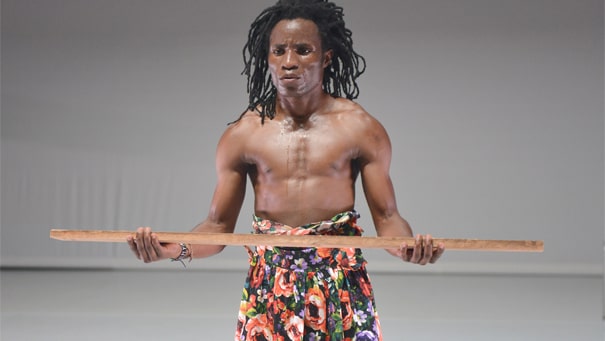 »Yet we see the great of every age / Pass before us on the boards that mean the world / Thoughtfully and calmly in review / All in life repeats itself forever, / Young for ay is phantasy alone; / What has happened nowhere, happened never, / That has never older grown!«

In his poem »To My Friends«, Friedrich Schiller relates his small, simple world in Weimar to the greater affairs of the world. Based on his lines »Yet we see the great of every age / Pass before us on the boards that mean the world«, Christoph Winkler and Robert Ssempijja question the relationships between contemporary African and European dance. Robert Ssempijja has symbolically transported the floorboards from Kampala’s only dance studio for contemporary dance to Berlin. By relocating them to Berlin, he also brings along all the ideas developed on them, and thus their re-contextualization. Whose floorboards, whose stage is it? What is being performed there and whose world is it anyway?

In English with German surtitles.

A Christoph Winkler production in cooperation with Ballhaus Ost. Funded by the Berlin Senate Department for Culture and Europe and Fonds Darstellende Künste e. V.