We need to talk about Britain

A Vigil for Brexitland by Once We Were Islands 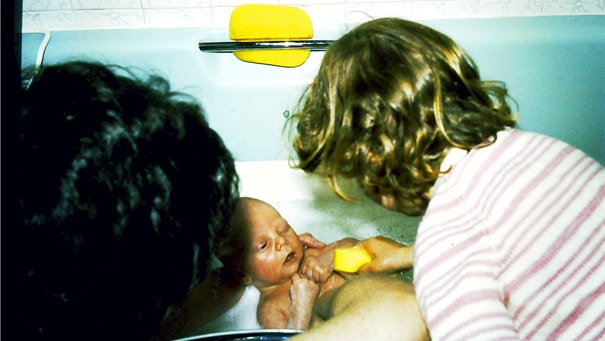 It’s exactly one year since the UK voted by 52% to 48% to leave the EU. Queer performance collective Once We Were Islands and Rachael Clerke invite you to stay up late with us at Ballhaus Ost and help bury the demons of 2016. We invite you to a Brexorcism; a Shame Party, a Divorce-iversary; a Drunken Wake; Exiles Anonymous. Some inverted, twisted sibling of Eurovision.
Hold our anxious hands while we make an attempt to move on, to process this shit, to enact some DIY therapy, or a weak-lunged, asthmatic, battle-cry of anger and hope. There will be singing and dancing, wigs and whisky, puddings and punk.
We can’t do it without you.

Once We Were Islands is a collaboration between creative researchers Chris Gylee (scenographer and performance maker) and Richard Aslan (writer, dramaturg and performance maker). Their work centres on participative experiences and has the goal of developing innovative artistic formats. Their projects begin with a research question, or a strong connection to someone who looks at the world in ways they are not used to. Their collaborators might be specialists, have a particular life experience or skill, think about things in an intriguing way, or simply be open to exploration. Their ongoing research enquires into queerness, empathy, marginalisation and activism. They take as their raw material elements of performance, theatre, installation and choreography. The result is a series of contemporary rituals within interlocking performative machines and laboratories. These charged spaces encourage uncanny experiences, provoke surprising thought patterns, and cast light upon human interaction.

by and with Richard, Aslan, Rachael Clerke, Chris Gylee

A Once We Were Islands production in Cooperation with Ballhaus Ost. Kindly supported by Artists and Activists.