Yes we tortured some folks!

A piece about political rhetoric by Halina Martha Jäkel 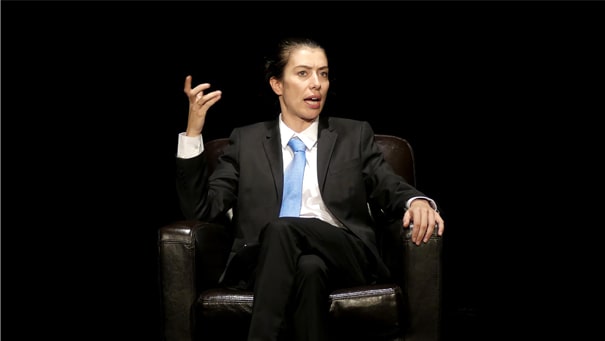 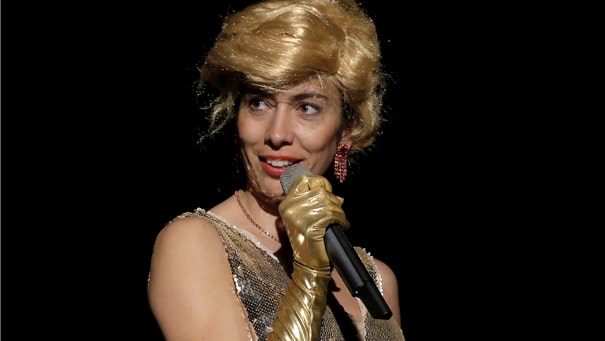 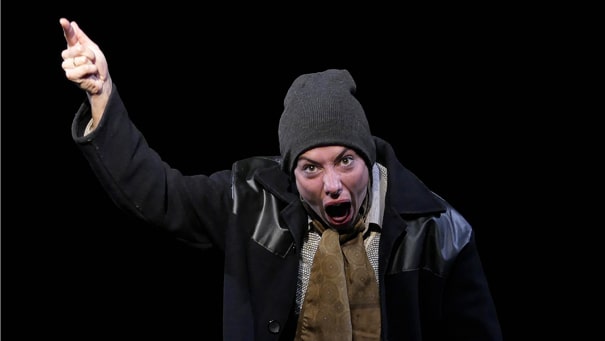 Barack Obama, Donald Trump and a nameless socialist meet on a theatre stage… What sounds like the beginning of a bad joke describes an extraordinary artistic confrontation with populism.
Three politicians present themselves in this play in three acts. Through their different theatrical strategies and ways of playing, they try to attract their audience.
Obama begins his appearance charmingly, relaxed and humorous. During his monologue the growing intellectual arrogance increases to complete egomania.
Trump, on the other hand, serves the entire spectrum of emotions. He leaves no stone unturned from total enthusiasm to emotional family dramas. He conquers hearts through play and music. Even his prominent video interview partners become part of his crazy self-portrayal.
No wonder that in the last act the aging left-wing idealist is simply speechless, calling for resistance only in a pantomimic way.

Halina Martha Jäkel is a physical theatre artist, actress and theatre maker. In her plays she combines political and social debate with aesthetically highly concentrated settings. As an actress she performed at the newcomer prize Körber Studio Junge Regie 2018 in Hamburg (»Die Kontrakte des Kaufmanns«, directed by Jakob Arnold). In addition to her acting work, she develops experimental music theatre productions with her sister, the dancer and musician Hannah Jäkel, which have been performed at the ZKM Karlsruhe.

A production by Halina Martha Jäkel.